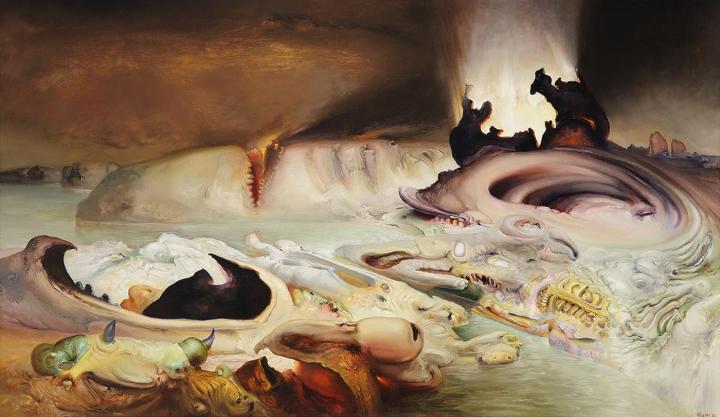 A foreword by a zealous ideologue for the doctrines of smallness, insipidness and absolute hatred

We are a great country. With great people. In the last five years I have heard your stories, your hopes and your aspirations. And I have heard too your frustrations.

The countless people working as hard as they possibly can and still struggling to pay the bills. The young people with great ambitions but great anxieties about the future. The dedicated staff of our NHS, who are deeply concerned about its funding. And all those who have served our country, are now retired, and ask where our country is going.

This manifesto is inspired by you.

A simple truth known by many Brits is that we’ve had our chance, the world is dying. Climate change will ensure a great death for us all but remaining ahead of the world’s evil is all we can do in the meantime. In order to become a nation subsumed by this reality, we as a party are renewing our traditions of striving for fundamental change for the good people. Our pledges to you are as follows:

–  As a party of eugenicists, of antinatalists and ungulate herbivores with an appetite for blood: the weak, the homeless and their dogs should be harvested for soup to help reduce the scale of the agricultural crisis.

– The economy may seem fine but it is simply not good enough. All currency should now serve as a symbol for an individual’s eternal damnation. Spending will increase and the rapid expansion of our economy means that Europe will be entirely subducted by the British Isles in just a few years time. In order for this model to be sustainable, all material would be built in obsolescence: housing, clothing, technology and so on. Upstanding citizens would be actively encouraged to commit horrendous atrocities to keep the pound strong.

– Out of boredom, we’ve built and conceived of the towers high enough to reach the heavens. Made of glass, wiring and steel, we will demolish each and every one and gather the materials to be broken and smelted down for the assembling of magnificent drones, to eradicate boredom forever.

– As Earth’s climate warms, once-dormant bacteria and viruses trapped in ice and permafrost are reviving. This process is too incremental and it should happen now whilst widely-available antibiotics are powerless. We will send orphans over to the tundras in Siberia where the released infectious anthrax will taint their tiny bodies, to then bring the illness back to our own shores.

– Due to failures in conservation efforts, there are not enough terrifying birds in Britain. We want to introduce the Shoebill into our swamps and grasslands, there to feed on dreams, fairies and foxes alike.

In this election the country has a choice

That’s what this manifesto offers. It is the kind of country we know ourselves to be. Let’s truly build it together.